A typical question we often hear at Opps is if a learners course is an NVQ. The simple answer is no as the old NVQ’s have now been replaced with what are called Diplomas. They are still competency-based courses, which means that you have to provide evidence of your ability in practice, as well as knowledge of theory and legislation. NVQ’s are still recognised if you have one, but the current, most up-to-date qualification is the Diploma. The main competency-based part of the apprenticeship is also called a diploma. 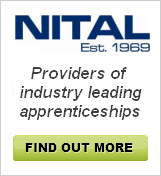